What Is Flat White Coffee – How to Make It At Home

It’s time to talk about the Flat White.
No, we are not referring to some frozen ski fields or desert plains.
No, we are not discussing a new type of cheese.
And no, we definitely aren’t talking about a ghost.

Desperate for a hint?
The Flat White is something you will see on menu boards in cafes all across the land down under. If you’re still not sure what we’re talking about, you’ve come to the right place. We’re going to delve deep and get into the details on the what, where, and how of the famed caffeinated drink. You’re also going to learn the steps that go into bringing the beverage into being. So let’s get down to it.

What is a Flat White Coffee

First thought up less than fifty years ago, the flat white is one of the newest members to enter the coffee community. However, the credit for its creation has been a long-fought battle. Neither New Zealand nor Australia has been willing to yield the title so far, there’s even a ledger that claims the Brits have a right to claim to fame. Regardless of the who, there’s no denying, the coffee world sure is grateful.

Like many of the existing participants in the coffee menu, the Flat white is an espresso-based beverage. The taste of the drink is enhanced and enriched with textured hot milk.

So what makes it stand above the multitude of menu additions each year? A lot of the drinks in a coffee menu call the espresso its core ingredient, however, how they treat the milk differs. Cappuccinos and Lattes both call milk froth an important element in their cups. It works as an additional layer that adds texture and to the enjoyment of the drink. The Flat White on the other hand works hard to ensure it holds no foam. The closest it comes is to the creamy steamed microfoam that sits like a crown on the top of the cup.

When it comes to strength, the Flat White has taken the middle ground between a latte and cappuccino. The drink is usually sized smaller than the other two.

How to make Flat White Coffee

If for any reason you’ve never tasted a Flat White or simply wish to make one for yourself at home, there are a few simple steps to follow and you’ll have a steaming cup of Flat White perfection in your hands.

What You’re Going to Need

What You’re Going to do

Let’s start at the very beginning. Set your sights on first accomplishing an impeccable espresso.

Why is Flat White Coffee so Famous

When the Flat White first burst through the coffee community, it didn’t make too much of a stir. The world was fawning over another flavor at the time. The milk that Australia and New Zealand used in their coffee resulted in stiff dry foam. As a result, cappuccinos weren’t a local favorite. Coffee drinkers who in the past had to scoop the foam of their lattes finally caught sight of an alternative. It didn’t take long for Flat White to spread its wings and conquer the cafes in the two countries. However, the rest of the world was still in the dark for a while longer.

It was only close to five years ago that Starbucks caught a whiff of the beverage and decided to include it in their menu. Starbucks is known to set the standard for hip and trending in the coffee community. It placed the drink on the map and since then there’s been no looking back

A cup of coffee serves different purposes for different people. For some, it is a wake-up call every morning, while for others it is a helping push to survive an exhausting day. Some even claim it stands as comfort in a cup. For each person though, the ideal cup of coffee can look different to different people. The beauty of the bean is that it allows you the option to make it your own. The Flat White offers coffee drinkers a middle ground between craving a little milk in their coffee while passing on the foam it is usually partnered with. For some, that is perfection. 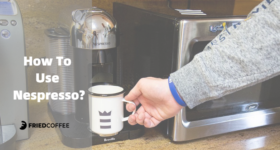 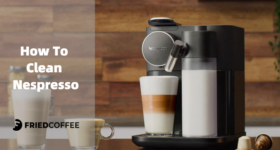