Benefits of Caffeine for Cyclists, Runners, and Athletes

From dusk till dawn, caffeine is the darkness that enlightens one’s mood. While most of us like to give a high five to coffee every morning, sports personnel like cyclists, runners, and athletes aren’t left behind.

Contents hide
Understanding Caffeine
Life happens, and Caffeine helps – Let’s check how
The Science behind Caffeine’s offering
Caffeine – The primary sources
Convinced with caffeine ? Let’s learn when to consume it
The more, the merrier – The phrase doesn’t go well with caffeine
Key points on this weapon from an Athlete’s Arsenal – The Caffeine
Checking out the benefits from caffeine – The ways
Takeaways

By any chance, if you come across such a sportsperson and ask what’s the reason behind consuming caffeine apart from its marvelous taste – probability is, they will say that “It’s a secret of our energy’. But is it so? Well, this post is dedicated to those looking for the benefits of caffeine in the life of a ‘sportsman.’ Let’s get started!

Do you know what the controller and communicator of a human body are? It’s the nervous system, and caffeine has its effect on the same. Therefore, it’s easy to decipher that caffeine plays a vital role in one’s activities. Studies say that almost 80 percent of people consume coffee daily. More surprisingly, the number surpasses the intake of fruit.

Opportunely, a moderate caffeine intake doesn’t have any serious health hazards but instead promotes energy levels. In addition, it also stands high on expectations when it comes to improving memory, and fighting fatigue. Besides, it facilitates mental functioning.

The effect of caffeine while doing exercise is no less than magic, especially when talking about athletes. It helps them work harder, and the person doesn’t even have a clue. If we consider numbers, caffeine helps to boost one’s energy by around 2-3 percent. Though apparently, the percentage may look low, a sportsman understands its effectiveness in hiking energy levels.

However, an athlete’s response to caffeine can vary. It can have a positive effect on an individual while a negative for the other. Therefore, an athlete needs to assess themselves for caffeine tolerance and consume accordingly. The best part is, caffeine doesn’t induce any symptoms for hydration.

In addition to all mentioned above, caffeine might work as a good recovery agent. In sports, the term recovery is associated with replenishing your body after exercise for the next day’s workout. Caffeine might help to store back glycogen post-exercise much quicker. A drink fused with carbohydrates and caffeine together does wonders in resynthesizing glycogen.

The Science behind Caffeine’s offering

Of course, there isn’t any doubt that caffeine helps boost performance, but what’s the sub rosa for the mechanism? It’s the significant effect of caffeine on the brain, which concludes that it’s more of a mental impact. How well you send signals to contract the muscles and the feedback from the brain – all get more functional with a cup of coffee inside.

For example, a person who has consumed caffeine rates an exercise easier than someone who hasn’t offered themselves a sip of coffee. In addition, it also makes one feel less pain during workouts. Caffeine takes fat as a fuel from the muscles on work, thus, spares muscle glycogen.

Well, it’s not just coffee that offers you caffeine, but there are plenty of other sources. In addition, the caffeine content varies according to the sources. Talking about athletes, it’s suggested to consume caffeine as per the body mass per kilogram (BMI = kg/m2).

For instance, an athlete weighing 68 kgs ( 150 pounds) shall consume 200 milligrams of caffeine an hour before exercise. Though, if you are a coffee aficionado not in sports, the same amount is fine for you as well.

The source for a cyclist maybe a cup of coffee, while for other athletes, it can be a commercial product. It all depends on the level of intensity the sport demands. So, you can also rely on caffeine pills and other commercial products to satisfy the desired caffeine intake.

However, the amount of caffeine derived from cups of coffee can’t be consistent if you drink it at various outlets. For example, 16 ounces of coffee may carry a range of 60 to 260 milligrams of caffeine. On the other hand, a cup from Starbucks can have its range between 260 to 560 milligrams per 16 ounces.

Caffeine gums, energy drinks, and even soft drinks are good sources of caffeine and are preferred by many athletes. However, if it’s about your love for coffee, never let yourself down before having one. Besides, you can use coffee butter as a topping to your pancakes, in a smoothie, or combining coffee with herbs for freezing to enjoy a caffeine-laced tit-bit.

All you need to ensure is, you take the right amount of caffeine through your cups. After all, you are into sports, and who knows – one day you’re going to make history!

Convinced with caffeine ? Let’s learn when to consume it

The vital ergogenic aid, caffeine, can help a runner run faster, a cyclist reaches farther, and athletes perform better. However, it all depends on the time you choose to consume it. If we go by scientific research, it’s recommended to intake caffeine an hour before your activity. The reason behind this is, the bloodstream quickly absorbs caffeine and reaches the peak level in an hour or two.

However, in the case of events that last longer, such as road cycling, athletes also choose to consume caffeine during participation. It helps them to help sustain their caffeine levels. It’s pretty understandable that after reading this post, you are convinced about the benefits that caffeine can deliver. However, never miss testing well during training periods. It will help you decipher your caffeine intake levels, thus, improving your performance at events.

The more, the merrier – The phrase doesn’t go well with caffeine

Caffeine is beautiful; why didn’t I take it earlier? I will start consuming more and more caffeine and gain triumph – are such thoughts coming to your mind? Well, drop your plan! Excess of anything isn’t good, and the same goes with caffeine. No study evidence that consuming sufficient amounts of caffeine will help cross the athlete’s performance boundary.

Starting from sleeping disorders to anxiety, an overdose of caffeine may lead to such occasions. Though it is absorbed rapidly in the bloodstream, it takes several hours for metabolization. Therefore, consuming caffeine more than required or high doses will rather show its evil side than the good one.

As discussed earlier, the standard quantity of caffeine stands between 3-6 mg/kg of body mass; levels higher than that can be troublesome. Jitters, gastrointestinal unrest, irritability, and lack of focus are few side effects of high caffeine consumption.

Caffeine is, indeed, addictive. If you get stuck with higher doses of caffeine, lowering the consumption might seem like herding cats. In some cases, heart arrhythmia and mere hallucinations can also be the negative side of excessive caffeine. So, it’s highly recommended to abide by the standard quantity of caffeine consumption. You can also perform a self-assessment starting from lower doses. Once you are clear with the amount of caffeine that benefits you, you are ready to rock!

Checking out the benefits from caffeine – The ways

Caffeine can be the foundation of your food consumption in terms of boosting your performance, especially if you are a cyclist, runner, or athlete. A balanced intake of caffeine in the form of a delectable cup of coffee can do wonders for sports personnel and for those who consume coffee for gratification. A tall, dark, rich cup of coffee awaits! Good luck! 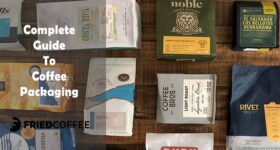 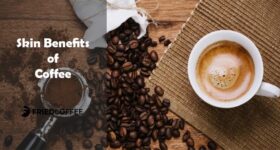