Nitro, a word you might have encountered while watching movies about the future or fast cars. For those of you who enjoy experimenting with your pallet, you might have noticed Nitrogen make its way into our diets over the past few decades.

Contents show
What is Nitro Coffee
How it all Began
The British Connection
The Texan Theory
The Food Scientist
Cold Brew Vs Nitro Brew
What does Nitrogen do to Coffee?
How To Make Nitro Cold Brew At Home
What you’re Going to Need
What You’re Going to Need to Do
FAQs
At the End of the Day

Science in general and liquid Nitrogen, in particular, started being used to add an extra oomph to everything from ice cream and other desserts to beers and other cocktails. Never to be left out of anything adventurous, it was only a matter of time before coffee caught up to the Nitro craze.

So, What is Nitro Cold Brew Coffee exactly you ask? Let’s discover the delightful drink together, shall we?

What is Nitro Coffee

You must have heard the buzz, how could you have not? There have been whispers growing around the coffee circle over the last ten years or so. Every coffee drinker’s eyes have at one time moved towards the elusive coffee sitting within a futuristic-looking pressurized keg in their local coffee shop. Nitro coffee is the latest beverage to be at the top of everybody’s caffeinated bucket list.

So let’s get down to it – What is Nitro coffee? The simplest explanation can be gained by splitting the term right down the middle – Nitrogen plus coffee equals Nitro coffee, Right? No, Before you get to slap on your white gloves for your next science experiment, it is important to know, it isn’t any ordinary cup of, but a cold brew. You need to master a cold brew for the Nitro coffee to be one next step away.

How it all Began

While Nitro Coffee is a fairly regular presence in coffee shops today, the routes it took to get there is a rather interesting one. Like with any discovery worth its salt, there are refuting sources claiming credit for the invention and introduction of Nitro coffee to the world.

If you try to walk down the path and follow the route to the roots of Nitro coffee, you will find yourself back in England in the 1950s. A man named Michael Ash was busy working at a London Brewery known for creating creamy Guinness. While the drink had its fair share of fans at the time, storing it for longer periods of time was an issue that was proving hard to resolve. While working on a fix, Michael stumbled upon a solution quite by chance. A solution that happened, by incorporating Nitrogen into the equation. The rest as they say is history. While this happened close to seven decades ago and was a great discovery in itself, it took a lot longer for the same principle to be practiced on coffee.

The word on the street is the front and current leading contender to claim the title of the inventor of Nitro cold brew is a man named Mike McKim. You’ve probably heard the name previously in connection with Cuvee Coffee; a company that he launched in his hometown of Austin Texas. The story goes the year was 2005, and McKim who was selling La Marzoo espresso machines at the time happened to chance upon a local Barista serving customers cold coffee out of a beer tap. After a single demonstration of the inner workings of the practice, McKim was sold. Although Mckim claims he knew the concept would be a kicker from the start, others in the industry he relayed the proposal to weren’t so certain.

It was another few years before he was ready to revisit the idea. After many rough drafts tested on, sampled, and reviewed by friends and family, McKim still wasn’t close to a solution. While unwinding with a couple of MIlk Stouts, Mckim decided to be proactive and approached the main man at Left Hand Brewing, a mister Ro Guenzel. Through his input, Kim decided to work with the thought and practicality of introducing Nitrogen into the coffee. After all, it had been a big success with beer before, why should coffee not stand a chance?
The result? Nitro coffee as we know it today first stepped its foot into the public coffee domain at the Slow Food Quiz Bowl in 2012.

The challenger for the crown comes in the form of mister Nate Armbrust a man who for the longest time was fascinated with the thought and act of adding aeration into a cup of coffee. Nate was not a novice when it came to experimenting with beverages. A home brewer in his hometown of Portland, he had an interest in and talent for creating. His efforts in the past earned him the title of a food scientist while he was employed at Stumptown Coffee Roasters.

His first experiment in the act is said to have led to a disastrous reaction when he attempted adding some CO2 into some coffee assuming it would resemble coke. The next step for the man was to draw on his home brewing insight. Naturally, the next gas to stand up as a contender for Nate was Nitrogen having seen it used in beer before. As with any true scientist, it took a little research and a few episodes of trial and error before the amount, disposal, and storage method were locked in resulting in a perfect beverage. Once he was happy with the result in the year 2013, Nate is said to have introduced the novel Nitro cold brew to the people at Stumptown and the rest of the world.

A war that has dragged on since the dawn of the discovery of the two beverages. Each concoction has an army of fans behind it, fans who wail foul if you make the mistake of confusing one with the other. So what is the difference between Cold Brew and Nitro Cold brew?

Well brought down to its bones the core ingredients come into play. If you’ve been consuming coffee for some time now, you’ve no doubt encountered or experienced a cold brew. Not to be confused with iced coffee; which is basically coffee brewed hot and cooled down with ice. A cup cold brew of coffee never interacts with hot water. It is constructed using the instruments of time and immersion. Once the water has gathered all the flavor from the coffee grinds over a period of twelve to twenty-four hours, other ingredients can be added to enhance the taste.

A cup of Nitro Brew uses a delicately prepared cup of cold brew as its base. The seemingly ordinary cup of coffee is then infused with some Nitrogen gas. And voila, you are left with an extraordinary treat in the shape of a cup of Nitro coffee.

What does Nitrogen do to Coffee?

While everything so far might sound well enough, don’t shy away from asking the question why?
A cup of coffee is great as it is, so what would drive the need to add an odorless, tasteless gas into the well-loved beverage? What does Nitrogen do to the taste and texture of your cup of coffee?

The first thing you might notice when you look at a cup serving Nitro coffee could be the layer of froth sitting on top. And no we aren’t talking about a froth you might have previously seen in your coffee cup. This type of froth is more commonly connected to a Guinness, given to the temptation for a mouthful, and you’re in for a treat of velvety goodness. Since it is a gas that you’re adding into your serving of coffee. Don’t be surprised by the tiny bubbles that add texture to the drink. The flavor and feel of the drink almost negate the need for cream or sugar that you would usually turn to in order to enrich your coffee. Although there is no hard and fast rule that you should do without. There have been instances where Baristas suggest spicing up the drink with a dash of syrup or ice cream.

How To Make Nitro Cold Brew At Home

A serving of Nitro coffee will require you to pull out a few extra bills that you might be used to spending on your daily cup of coffee. The reason? It involves buying and mastering the use of sensitive and expensive equipment and ingredients.

Cafe’s with the means and methods usually prepare the drink by passing the Nitrogen gas into the coffee through a pressurized valve. Naturally not everyone’s kitchen can be converted into a chemistry lab every time you might be in the mood for a cup of coffee.

Difficult however does not mean impossible! For those eager to attempt to recreate the caffeinated beverage at home apart from splurging and buying a nitro cold brew coffee machine for your home, there is a possible method.

What you’re Going to Need

What You’re Going to Need to Do

Here is the visual for the same –

While coffee has been considered a staple of everyday routine for millions of people the world over, and while there are very few things as comforting as a classic cup of steaming coffee. Every so often a new member joins the constantly growing coffee family that shakes things up and makes takes its place in the hearts of the coffee community.
Nitro coffee is one the newer cousins to join the coffee culture and while at the start it had more of a cult following. Over time it has made its way onto the daily menu for many coffee drinkers, now it might be for you too. 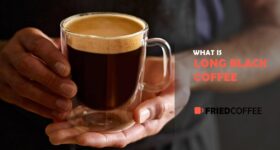 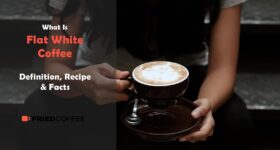 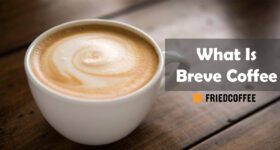 FriedCoffee.com is a participant in the Amazon Services LLC Associates Program, an affiliate advertising program designed to provide a means for sites to earn advertising revenue by advertising and linking to Amazon.com. All reviews and guides contain honest reviews and expert opinions by FriedCoffee staff to provide a reliable resource for coffee lovers.

At FriedCoffee.com we invest a lot of time researching and gathering information to provide coffee lovers with one of the most informative resources when it comes to coffee and coffee equipment. All of the coffee-related product reviews, opinions, coffee brewing methods, how-to guides, coffee articles, and/or coffee equipment buyers guides featured within FriedCoffee.com are based on extensive research and contain the expressed opinions of Friedcoffee.com expert staff, our official product reviews, opinions of our writers, and/or our customer feedback and reviews to help consumers make the best choices for their needs when it comes to all things coffee-related from the Ultimate Coffee Resource Guide.